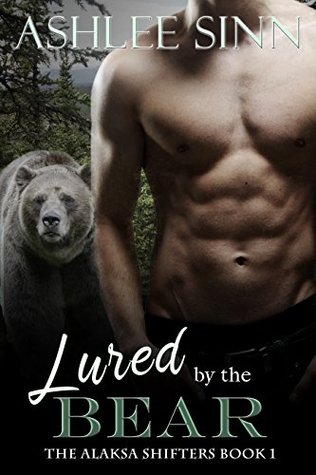 Derrick Ward has always wanted a mate. When all of his friends settle down and start a family, he wonders if it will ever happen for him. Brandt, his clan leader, has some females in mind, but Derrick refuses to accept a forced mating. And now the time has come for the shifters to reveal themselves. Derrick fears that once the world knows he’s a grizzly, he’ll never be able to find that right person to fill his den.

Julia Housten has been in love with Derrick for years. Still recovering from the negative reputation her father left behind by his failed challenge for clan leader, she worries that Derrick will never accept her as a potential mate. So when she has an opportunity to do something good for the clan, she can hardly contain herself when she learns she’ll be working with Derrick.

The International Shifter Coalition is moving forward with the big reveal while Julia and Derrick discover just how perfect they are together. But with the reveal comes a danger they hadn’t expected. A new threat that could tear them apart looms nearby, and it will take the whole clan to protect everything, and everyone, they love.

While Lured By The Bear is the first story in The Alaskan Shifters series, it helps your understanding of the back story if you’ve read the three book series that precedes it, The Callaghan Clan, as there are many characters from that series that do make appearances and take part in small ways in this new series.  The Callaghan Clan series is co-authored by Ashlee Sinn & Meredith Clarke.

Shifters have lived, worked, and loved along side of humans for generations with the humans, for the most part, none the wiser.  It’s natural to assume that many humans will embrace them as the unique individuals that they truly are.  It’s also, unfortunately, easy to see how the fanatics, the separatists the simply afraid will not tolerate the differences between us and bring harm.

This is the atmosphere that our friends, family and future mates face.  Derrick has been friends with the Callaghan brothers for years, he’s part of their clan and he’s glad that they’ve found their mates, really he is.  He’s just wishing he’d find his as well.  As the ISC works with local shifters to set up the big reveal, Derrick and young Julia are slated to work on the website together.  What Derrick hasn’t yet realized yet is that Julia is all grown up, she’s turned into a stunning young woman with talents that will come in handy during this time.  She’s also been in love with him for a very long time, and now she’s just about tired of waiting for him to notice her.  It’s time that Derrick got acquainted with his mate.

Lured By The Bear is an excellent start to the series.  For some of us it will be like reuniting with old friends, for others a brand new adventure.  Derrick is convinced that the age gap makes a difference between he and Julia, and that’s just an excuse.  He wants a mate, he wants it to be Julia, but he simply is kinda shell shocked at the discovery and doesn’t handle it well… at all.  Add our couple’s romantic tangles to an already explosive reveal about the existence of Shifters and you have quite a powerful punch of a story line.  Action packed, definitely sexy steamy moments, this title will draw you into a world that is filling with chaos and hatred over the unknown.  And there will be danger, unexpected twists and turns, and in the end the enduring love of two people.

I would recommend this story and this series to any Paranormal Romance or Shifter Romance reader who loves a good story, a woven thread throughout a series, interesting characters and a couple worth rooting for.  I’m heading over to pick up the next story, can’t wait to get started on Major’s story.

I read this story through my Kindle Unlimited Subscription.