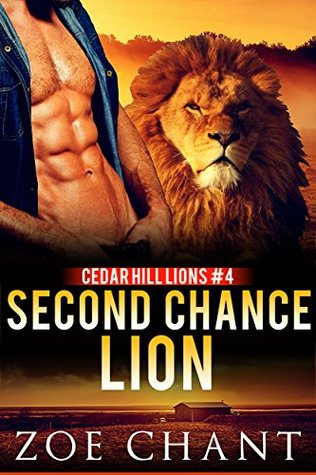 Faye Furlong never thought she’d return to Cedar Hill after she was forced to leave when she was just sixteen. She’s traveled the world, but there’s two things in her hometown that she can’t forget: the old house she dreamed of fixing up, and Lincoln Whittaker, the boy who stole her heart. Now she’s back in town to renovate the house. But is she ready to rekindle her romance with Lincoln?

Lincoln Whittaker was born to be alpha of his pride and put duty over love. Though he was too young to be sure that the girl who captured his heart all those years ago was really his mate, he never forgot her. Now he’s a single dad with grown sons, and believes that true love long since passed him by. When Faye unexpectedly walks back into his life, he has the second chance he never thought he’d get. But will his overprotective alpha instincts drive her away?

Can Faye let down her guard and give Lincoln a place in her heart? Can Lincoln learn that there’s more to life than being the perfect alpha? Will their love get a second chance to bloom?

Second Chance Lion gives us a slightly different couple to fall in love with.  Shifter lore usually has shifters living beyond the normal human years, and while that fact wasn’t part of this story it was in the back of my mind.  Lincoln had raised his sons, his nephews as well.  He is Alpha of their pride, it’s not only his duty to tend to his family it is his joy as well.  He might have been reluctantly brought into the current century by his children, but the pride was much differently run when he was a boy and it was the way he was taught.  However, he soon learned to love the human mates of the boys he raised.

He’d loved a human once himself.  Although they’d been teens, and he wasn’t absolutely certain Faye was his mate he hadn’t been in a position to do anything when her family’s ranch went under and the family moved away.  Following the thinking of his pride, at that time, he wasn’t certain that Faye would be accepted as his mate – and it would be a very difficult life if she wasn’t accepted by his pride.  He’d gone on to marry, if he understood that his wife wasn’t his true mate, well they still had a good life up until the day of her death.  Now he was getting older, his ranch was his life, his pride was running smoothly and it was time to consider the rest of his life.  He assumed it would go on as it had, with the memory of Faye popping into his head often but still the same.  He never expected to get a second chance with the woman he’d learned was his fated mate – not until he saw her once again.

Faye should have known she’d end up here again.  Back home in front of the house that she’d dreamed of owning as a young girl.  Back in the town that held the boy she’d crushed on so badly back then.  He’d be a man now, probably with a family of his own so she wasn’t really looking to run into Lincoln any time soon.  But fate doesn’t play fair, not where mates are concerned and within a short time she’d run smack into the man she’d probably loved her entire life, and surprisingly it seems he’d felt the same about her as well.

I enjoyed Lincoln and Faye.  It was fun, and sexy and interesting to have a romance with what most would consider a middle age couple.  Love doesn’t have an age limit, thank the fates.  Lincoln was that pure Alpha male, needing to protect his mate at all costs, even her anger.  He can’t help himself, it’s how he’s wired.  But unless he learns how to compromise, let Faye have her independence while loving her then they are doomed to fail.  An accident will put a different spin on Lincoln’s life, and perhaps teach him a few well needed lessons.  I admired Lincoln’s ability to finally turn around years of teaching, commanding, leading into seeing his mate’s side, thinking differently and adapting.  Their bottom line was their love for each other that had stood the test of time apart – now they had to learn how to love together, and that made for a very interesting story.  I’d recommend this story and the entire series.  I had such fun with this one.