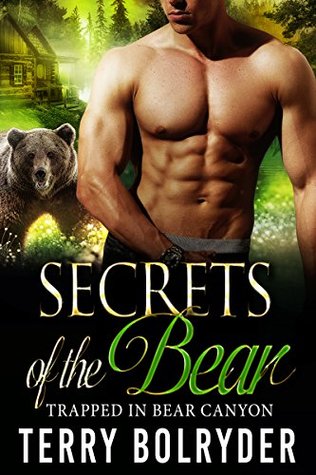 Francis has finally settled down in the mountains of Bear Canyon. With his winnings from last year’s infamous Bear Canyon Brawl, and the Brolin brothers having left him in charge of running the small town, the only thing left is finding a mate to share it with. But he never expected just the right person to show up on his doorstep in a thunderstorm, desperate for his help.

Valerie hasn’t seen her former friend Francis in a long time. Not since he disappeared and she found out he was hiding in the middle of nowhere with a completely new life. But time hasn’t dimmed the attraction that she feels for the tall, sexy bear with a heart of gold. And more than anything, he’s the only person in the world she can trust right now, with her life in danger.

As Francis protects the woman who he knows to be his mate, secrets from the past reveal themselves and things heat up between the two fated lovers. But as the possibility of forever comes into view, the person behind everything that kept them apart for so long looms on the horizon like a terrible shadow, more ominous than they ever imagined.

Secrets of the Bear brings the Trapped in Bear Canyon series to it’s conclusion.  Throughout this series we’ve seen Francis as an important secondary character who obviously was escaping some event in his past, but we never knew what that was until now.

Valerie had made a choice about a year ago.  She’d chosen one man over another based on misinformation.  It wasn’t until later that her instincts saw red flags and she held off on the final step to becoming a true mate to the man she chose.  When Charles went from emotional abuse to physical abuse she ran searching out the only person she could trust, Francis.  Now she needs his protection, asks to be his mate for the wrong reasons and sets events in motion that will change lives.

Francis had loved Valerie, had known she was his mate yet he hadn’t acted soon enough and she ended up choosing his best friend, Charles.  He could not stay and watch her happiness with another man so he left town, trained for the Brawl and begin a new life in Bear Canyon.  When Valerie showed up on his doorstep in the middle of a thunderstorm in the dark of night he had no idea that his dreams for their future might come true after all.

Francis’ story was heartbreaking with so many misunderstandings and missteps to get to a happy ending.  Each had been manipulated by a sociopath with lies told often enough to become truth in their minds.  As they began to unravel all the lies, Valerie and Francis made mistakes and assumptions of their own that made them being a couple questionable.  Everything comes to a head with one brazen move by a nasty piece of work.

I enjoyed Francis and Valerie’s romance.  I’ve loved this series and as always the closure is bittersweet.  I would recommend this series to any reader who loves Paranormal Romance or Shifter Romance.  It’s well worth your time.