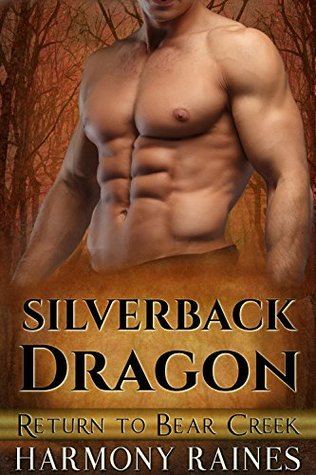 Harlan can sense his mate. He has sensed her for months, and yet he can’t find her. Is he too old? Are his senses failing? Maybe it’s his imagination. Maybe it’s time to leave Bear Creek, and all his hopes behind.

Fiona has hidden away for centuries. Only when she met the people of Bear Creek and learned to trust them, did she dare reveal her other side. Only here has she acknowledged she is a dragon shifter. That’s what love does to a person, it allows them to be themselves. It allows them to trust, to believe.

But something is stirring out there. Something that calls to her heart and her soul.

She knows it’s time to reveal her true self. Whatever the cost. And, from experience, Fiona knows the cost only too well.

Just when it looks as if she is going to get her own happy ever after, fate has one more hand to play. Two girls are handed to social services by their stepmother. It’s not unusual, Fiona has seen it many times before—Five hundred and thirty-one—to be exact. But these two girls are special. Very special, and Fiona will sacrifice everything to give them the home they need.

Will her mate feel the same way? Or will she have to make the ultimate sacrifice?

Since our first meeting with Fiona we’ve slowly gotten to know her other sides beyond the fierce, protective social worker devoted especially to orphaned shifter children.  Very “dragon like” in her personality, she’s been a secondary but important character throughout the series.  Now in Silverback Dragon she gets to shine as we finally get to know her history, the dangers she’s faced and the reason why Harlan had such difficulty in finding his mate in the mountains and forests surrounding Bear Creek.

Without giving away the story itself, I was completely drawn in to Fiona and Harlan’s romance.  It was exactly what these noble, mature and alone dragons deserved in their forever happy ever after story.  The small touches, comments and realities of two older characters finding romance at last were so touching and believable.  The challenge they face is believable, honorable and exactly what I would expect from each character.  Getting to see so many characters from previous stories, people that Fiona or Harlan have touched, helped was a special treat.

I don’t think I could have asked for a better ending for these two amazing dragons, and if you’ve followed the series I believe you’ll agree.  But we aren’t quite done with Bear Creek just yet, there is one more story to be told shrouded in mystery and I’m looking forward to that one.  There are hints in the last two stories, so you can probably figure out who is next just as easily.  *grin*  I’d highly recommend Silverback Dragon to any reader who loves Paranormal Romance or Shifter Romance.  This series has been delightful and if you haven’t started it yet… what are you waiting for?  Enjoy.