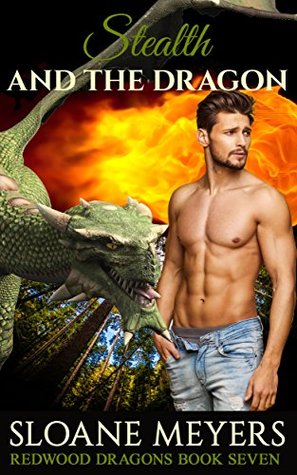 Elise Merritt has spent the last twelve years taking care of her son all on her own, and she has no plans to let anyone else help. She’s self-sufficient with no time for romance, and even Holden, the handsome new stranger in town, isn’t going to change that. But when it turns out that her son shares an unbelievable secret with Holden, Elise is forced to rethink everything she thought she knew about love, family, and starting over. When her son suddenly goes missing, Holden swears he can help. But can Elise see past the walls around her own heart and let Holden in? Is he the alpha leader she and her son have been missing in their lives?

Dragon shifter Holden Pars is as tough as they come. He isn’t afraid of anything—except love. His life has been too haunted by loss for him to ever take a chance on opening his heart again. But when his fight against evil shifters and wizards lands him in a small town where he meets the beautiful Elise Merritt, Holden starts to wonder whether love is worth the risk. Then, just as things are heating up between Elise and him, her son goes missing. Can he help Elise find her boy, and win her heart in the process?

Stealth and the Dragon brings us back to the same general area as the previous story.  A few miles from where Saul was seen lies the small town of Blackstone.  It’s here that Holden, a dragon shifter and Violet, a wizard have been sent to check out the area.  Saul’s stronghold has to be near and it’s their mission to learn as much as they can.  Yet in this small spot on the map they’ve seen no indication of any shifters or wizards in town.  That is about to change – and with it comes a new level of the fight against Saul and his armies.

I believe it’s easy to know what the secret is in the cover description of this story – but I’m also not about to spoil it for other readers.  So this is an intense story of a protective mother, a slightly rebellious preteen and a dragon shifter who has finally found his lifemate.  Elsie, Holden and Nick make a believable group of people who are just beginning to realize what they could mean to each other.  I enjoyed their interactions very much.  And while Holden and Elsie are discovering their bond, Nick is learning how to ease his own pain and begins to find answers that have evaded him.

While this story ends on a slightly different note than the rest of the stories in the Redwood Dragons series have ended – in fact, it makes absolutely perfect sense.  The build up is becoming more intense as we move closer to the ultimate epic battle with Saul.  There are ten adopted dragon orphans, now men – we’ve had seven of them find their mates so far… yes, the epic battle is indeed close at hand.  I’m definitely looking forward to where this series heads next.  I’ve a feeling it’s gonna be amazing.

If you love Shifter Romance then this story and this series should be on your reading radar.  It’s difficult to not get swept up in the story and the possibilities to come.  If you haven’t experienced the Redwood Dragons yet, I’d highly recommend this series.