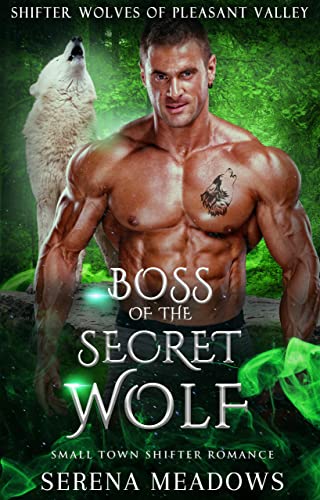 I loved uncovering secrets – it’s what I did for a living.
But little did I know that I’d discover the biggest secret about the man I’m in love with.

It started off terribly with Adam.

After my beloved uncle’s death, I had to move to the small town of Pleasant Valley.  As it turned out, Adam was the chief editor of the newspaper I’d inherited.  I hated him – a fight was inevitable.

But I had bigger problems in my life than hating on a man that I was insanely attracted to.

I’d exposed a bunch of bad men at my previous job, which meant that I was in danger — a crazy amount of danger.  Adam was the only one I could turn to.  He vowed to keep me safe, to save my life no matter what.

But in the process, I would have to endure the truth about who he really was.  And solve another mystery about my uncle’s death.  Was I ready for it all?

To say that Charlie started off with an attitude is a vast understatement.  She rolled into town and managed to turn every single resident of Pleasant Valley against her within days – and she’s completely clueless as to why.  I’ll admit that I had a very hard time caring one tiny whit about Charlie and it was only as she changed her attitude that she became worthy of Adam, at least in my opinion.

Boss of the Secret Wolf is the sixth title in the Shifter Wolves of Pleasant Valley series, and I’ve enjoyed this entire series (even if not deeply in love with each character).  Adam and Charlie make an unusual couple in that they are like oil and water when we first meet them.  Adam has been through a lot and holding down the fort at the local newspaper has become his passion.  When the niece who inherited the newspaper finally comes into town she’s determined to sell and get out as fast as possible.  Only one insignificant detail (to her at least) about her life back in the big city will delay that return… and she is determined to return.

Watching the residents of Pleasant Valley slowly change Charlie’s mind (and eventually her attitude) was such fun to see.  Small towns may not be for everyone, but don’t come in bashing without knowing what you’re talking about is probably the best advice that should have been given to this woman long, long ago.  But Charlie’s investigative reporter’s mind won’t shut down and when she comes across a clue well, she’s off to her own conclusions – even if she has no facts to support them.  When that trouble from the big city finds her Charlie will get a good idea of what having a community behind you can mean.

I adored Adam, loved the residents of this small shifter town, and learned to like Charlie, eventually in Boss of the Secret Wolf.  It’s a well-written, engaging Shifter Romance with a touch of danger and a barrel-full of attitude.  If you love watching a character do a complete turnaround in their thinking, enjoy a small-town feel with all of the gossip involved, and love to see a couple work their way to that happy-ever-after ending… then you’ll love this one.

*I received an e-ARC of this novel from the author or author’s team via Booksprout. The opinions expressed in this review are my own -good, bad, or indifferent.*