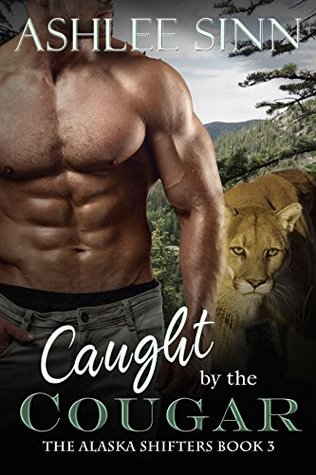 Calvin is not comfortable in the spotlight that is currently shining on the shifters of Alaska.  Since agreeing to be one of the shifters who exposed themselves to the public in the big reveal, Calvin and his cougar have been in town more than at their remote home in the forests.  He’d agreed because it was the right thing to do – but it certainly messed up his loner status – not to mention the group of new and old friends who he now saw on an almost daily basis.  It was certainly a different life than he’d lived such a short time ago.  And with the arrival of two new state troopers assigned to the safety of the newly outed shifters, life was about to get even more interesting.  The male wasn’t hiding his fear of the shifters very well, but was completely natural around the babies.  The female though, she was definitely interested, particularly in him.  And Calvin and his cougar definitely returned that interest.

Sutton found herself surprisingly attracted to the cougar shifter.  Calvin.  An obviously strong man and one that if she wasn’t mistaken was doing some looking of his own.  But she was here on business, to meet the shifters she was to protect face to face – and see where other things might move between one shifter and herself over time.  She couldn’t understand the hatred directed at these shifters, after all they’d lived right beside humans for a very long time and done nothing to harm them.  But there will be crackpots and idiots wherever there is any type of controversy.  She’d left her position in Texas because of one particular hate group, and hoped with all her heart that she’d not encounter them again any time soon.

Although Calvin and Sutton’s attraction moves very quickly, there is no doubt to the solidarity of their attraction.  In Caught By The Cougar we are also brought face to face with ultimate evil and hatred when the unthinkable happens.  The events here definitely set up the next story in this series.  And there are some very intense and tense moments.  While I don’t want to give away plot lines, be prepared for some action and a few surprises.

Caught By The Cougar was a quick but powerful story.  One that I’d recommend for any Shifter Romance reader.  At this time these seem to be three more stories around this series, and based on the action in this story I’m definitely looking forward to the next one.