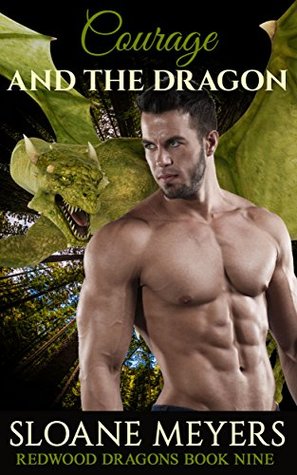 Dragon shifter Grayson Pars has had enough of sitting on the sidelines. He’s worked his ass off during this war, and he’s tired of being overlooked for all the good missions. He’s also tired of hearing about Zoe Whitt, whose sudden fame was merely a stroke of luck. Jealous Grayson can’t stand Zoe, until he’s given the chance to share the spotlight with her. He suddenly finds himself unable to get her out of his head—or heart. But when he’s forced to choose between securing fame and fortune for himself, or following Zoe into a losing battle, he leaves Zoe in the dust. Grayson thinks that nothing is worth losing a chance at glory, until he realizes that he’s about to lose Zoe—for good.

Zoe Whitt is an overnight sensation. The discovery of her exceptional magical powers turned her into a celebrity in the wizarding town of Falcon Cross. The only problem? Zoe never wanted to be famous. She hates the spotlight, but that doesn’t save her from being sent on the hottest mission of the year: the quest to capture the powerful dragon ruby. As if things couldn’t get more complicated, she’s sharing the mission with the handsome but proud Grayson Pars. Despite his attitude, Zoe finds herself falling for Grayson. She’s about to give in to the fire in her heart when an unexpected turn of events puts the future of the ruby and the lives of hundreds of innocent people at risk. When she and Grayson clash over how to save their mission, Zoe is furious. There’s no way in hell she wants anything to do with this proud dragon…until he is the only one who can save her life.

Can Grayson see what truly matters in time to save Zoe? Will Zoe give Grayson a chance to make amends for his fame-seeking ways?

To see the series that connect to the Redwood Dragons series please visit the Sloane Meyers page.

The action, the tensions and the danger is increasing as we approach the final showdown with Saul when the armies of the good and the evil will finally battle it out.  It’s hard to accept that we are rapidly approaching the ending, but I’m also anticipating how this will all turn out in the end.

It was a bit more difficult for me to really get behind Grayson this time.  While I understood his position on some levels, on other levels it simply made him look like a childishly jealous man – and I’ve thought better of these dragons than that.  But each has their own unique personality, and this is Grayson’s.

Zoe is a fierce, talented spitfire packed into a small package but she can be quite deadly.  She simply wants to do a good, solid job not be some celebrity with extra magical talents.  Her abilities put up a barrier between this couple that takes quite a long time to finally lower itself.  Zoe was easier for me to cheer on, for she seemed the more mature, more focused on the actual danger and consequences of the events they were part of.

In all, you’ll find a fast paced, action filled story with a couple facing their own challenges along with the dangers of Saul and his army.  I enjoyed their story and it brings us up to the next book which will be the finale of Redwood Dragons.  I’m going to miss these guys.  I would recommend this story and this series to any Paranormal Romance or Shifter Romance reader who enjoys a solid story, conflict and suspense.