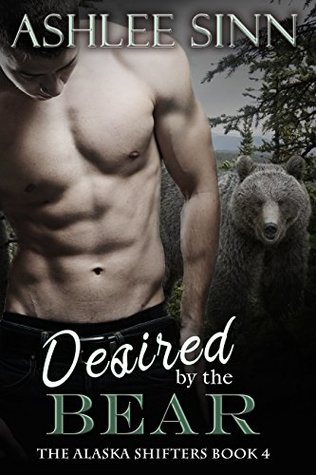 Zane Miller knew it was love at first sight. Ever since he’d laid eyes on the icy but beautiful Danika Drakov, his bear had wanted more. Everyone told him he was crazy for trying, but Zane wasn’t the type to let others talk him out of something. Especially when pursuing a mate. And when the powerful dragon shifter saved him from certain death, he knew he’d made an impression on her as well. Now she was taking care of him and Zane couldn’t be happier…except that his grizzly hadn’t returned yet and he didn’t know how long he might have to suffer without him.

Danika Drakov was supposed to stay hidden. With a dark family secret at risk, the burden of her history weighed heavily on her heart for centuries. So, she stayed detached. Cold and emotionless were keys to her survival. But when Zane had been tortured and almost killed, she couldn’t stop the heat in her heart from breaking free. And that heat, that love, has put her entire community at risk.

When her family secret is revealed, Danika is pulled into its twisted web. The lives of the Alaska shifters are threatened at the same time the federal government is demanding a national registry. As the outside world begins to collapse around them, Danika and Zane she must decide if it’s worth jeopardizing those they care about for a chance at happiness and stability.

When we last left our Shifter friends the group was recovering for the battle to save Calvin and Zane – and deal with the aftermath of Danika’s dragon burning the lab, and the scientists to the ground.  Although Zane is recovering, his bear is not fully back with him.  The experiments that Zane had forced on him damaged his bear and their recovery is taking far longer than anyone expected.  The only good thing to come of the abduction of these two men was that Danika finally acknowledged her feelings for Zane.

In Desired By The Bear we will learn who the mastermind is behind the lab and the reasons for it’s creation in the first place.  And this is huge.

…and that is about all I feel comfortable saying without giving away major plot lines.

But if you’ve followed The Alaskan Shifters series – this is one pivotal story  that you’ll not only enjoy, but that you need to read for major story developments.  Zane and Danika are a fun, sexy and powerful couple.  Danika changes so much with her mate, and Zane still has his bantering talents but they are soften toward his mate.  A completely enjoyable experience which leaves me ready for the next story to become available – and believe me, I’ll be watching for the publication date on Wanted By The Wolf.

Shifter Romance lover?  Then you’ll want to get your hands on this story, and this series.  Full of action, intrigue, sexy moments, interesting couples and secondary characters who are part of the entire group  – with their own tales told along the way.