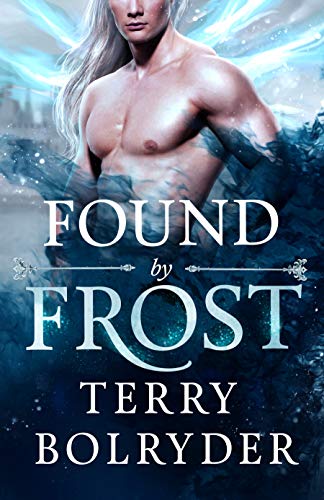 His soul match has powers beyond comprehension…and she needs his body to awaken them.

Boreas, now Brett, is one of the most powerful warriors of the fae world, and not worried at all about his undercover mission to assist humanity in fighting off rogue chaos princes. Until he meets Avery Williams and feels a bond that entwines his very fate with hers.

He’d die for her, fight with his giant wand for her, and show her his true form if only she would stop calling him crazy and let him awaken the hidden passion inside her heart.

Avery pretends to lead a normal life, while secretly helping the world with powers she doesn’t understand and never asked for. But the odd, impossibly gorgeous man downstairs is ruining everything, calling to her heart and body as never before.

When darkness comes for Avery, Brett is there, giving her a glimpse into a world she never imagined. A world of danger and magic and wonder. A world where she might not survive if she doesn’t awaken her powers, and learn about the powerful bonds that can either make her and Brett stronger or tear them both apart.

Titles in the Wings, Wands, and Soul Bonds series include —  Found by Frost – Defended by Darkness – Held by Heat – Loved by Light –

These Fae were introduced in the previous series: Titles in the Forgotten Dragons series include – Dragon Next Door – Dragon Meets Girl – Dragon to the Rescue – Dragon with Benefits – Dragon in Love

Found by Frost begins the Wings, Wands, and Soul Bonds series which, while mentioning Shifters at times, will mostly take us into a new world of the Fae and their journey to our realm to fight Chaos Princes and find “beacons” or women with latent Fae powers who have not yet “awakened” or come into their powers just yet.  (who just happen to be each man’s mate)  We were introduced to these four Fae Princes in the Forgotten Dragons series, mainly in Dragon in Love.  And talk about fish totally out of the water!  Their confusion about our world, the way humans work, and how they can (and cannot) interact with humans in their quest to find the unawakened Fae women is charming and frustrating at the very same time.  These men are the leaders, the rulers of their specific kingdoms within their world; Ice, Fire, Darkness, Light… and they’ll have to suppress much of their natural powers to just get through a normal day – let alone ‘win the girl’.

To be frank, I’m still becoming accustomed to this new world and the attitudes of these Fae Princes which can be charmingly naive or frustratingly over the top in the “I know best because I’m a Prince.” reactions.  And although we had a taste of what these Princes would be like in Chadwick’s and Isabella’s (Chad & Bella) story it certainly came to the forefront in Brett and Avery’s journey.  Brett (or Boreas, his true name) can come off as arrogant, aloof, and quite the know it all – yet – underneath that surface is a man who feels too much, cares deeply, and is trying to make adjustments in his understanding of his own and this new world on the fly, as things happen, and sometimes he gets it so completely wrong.  I really had to keep reminding myself that he is not of our world and to cut him some slack.

Avery is an avenger, a woman who knows she’s different because of her unusual strength but that strength allows her to hand out justice for those who need it the most – women who have been harmed by the men who should have cherished them.  Brett and company know they’re seeking out an unawakened Fae – Brett had no clue that he was on the path to finding his Soul Bond and that sent this usually calm, icy, and collected Fae into a tailspin.

Two extremely stubborn people will come together, eventually, as a powerful couple – but they’ll have to learn to trust each other before their Soul Bond truly unites them.   In many ways, I glad we got Brett’s story first, now I’ll be looking for the changes in this Fae with his and Avery’s soul bond complete – and I’m pretty certain those changes will appear rather obvious.  I enjoyed Found by Frost, it’s a different feel type of story for me and I’m going to continue with this series until the Fae Princes become as natural to me as Dragons.  (What?  You don’t believe in Dragons?)  The Wings, Wands, and Soul Bonds series moves in a new direction, but as a reader who loves this author’s work, I’ll follow along on this journey – because that’s what I do when a favorite author tosses me something different… I give it a try and usually end up loving the experience.