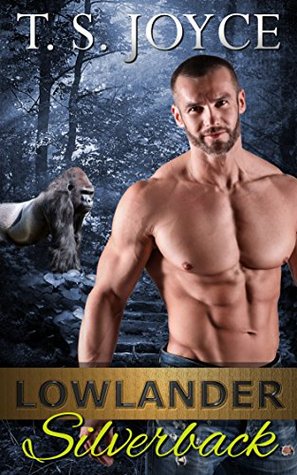 We’ve run into Kong throughout the Gray Back Bears series, but he’s been a shadowy kind of secondary character up until now.  Oh, we’ve heard a few words of wisdom on occasion, a subtle warning on others but for the most part Kong has been somewhat of a ghost on the edges of the other stories.

Of all the characters we’ve met up to this point in the connecting series that make up the overarching Damon’s Mountains series, I believe I’ve equally felt the most for Easton (Beaston) and Kong.  Their sadness and despair sits on their shoulders like a cloak and you cannot help but feel it on some level throughout the entire series.

Kong is a silver back gorilla shifter, and their lifestyle is far different from the wolves, bears and even dragons that we’ve encountered so far.  Kong was to be a breeder for his clan, nothing more than a service provider to ensure that multiple and strong children are born into the group.  What good is being “royalty” when all that is of interest about you is your sperm.  His harem would have expected his obedience and his protection.  One maniac of a female Alpha has made Kong’s life a living hell.  She wants him for herself, to take over a family unit to breed strong future alphas with – and until she’s ready, she has ensured that Kong will not take up with another woman through his constant companions or his bodyguard jailers as they are otherwise known.  This is not the life that Kong longs for.  He wants one mate, one woman to love, adore, protect and raise a family with far beyond the family units of his people.  For three long years he’s held himself back from the woman he believes is his mate.  Her protection from the crazed alpha is only a guarantee if he doesn’t acknowledge the feelings he has.  But it’s getting more difficult each day that passes and suddenly it seems that Layla is going to be the one to make the  move… and at this point in time, Kong is alright with that.

I found Kong and Layla’s romance to be emotionally touching, with danger, changes and a satisfying ending.  Kong’s love for Layla shines through and Layla’s determination to be with the man she loves, no matter what captured my heart.

If you love Shifter Romance then I cannot think of a group of connecting stories, series that draw you in and keep your attention than the stories out of Damon’s Mountains.  I would highly recommend Lowlander Silverback and all the stories in the Gray Back Bears series without hesitation.  You’ll find endearing characters, sexy times, and a deep abiding love – what more could you ask for?