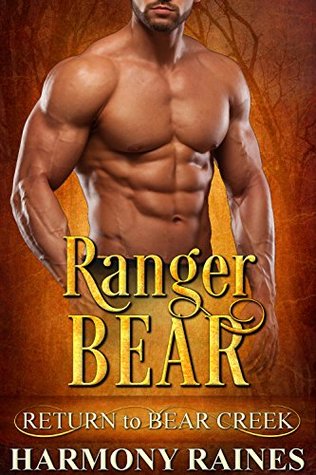 Police officer, Avery, is on the trail of two drug dealers. In an attempt to break up a smuggling ring, she finds herself in the small town of Bear Creek. There is just one problem, she isn’t exactly there in an official capacity. Determined to clear the name of a family friend, and unmask a dirty cop, Avery is determined to succeed.

However, when the bad guys head into the mountains, she knows she can’t do the job alone. She needs a guide.

Bear shifter, Jacob, is a mountain ranger, born and bred in Bear Creek. He loves the outdoors and hates the idea of drug smugglers using the mountain for their deals. When he meets Avery, and discovers she is his mate, this gives him one more reason to team up with the tough female officer. There is only one problem, Avery has no idea he has another side, a side that will do whatever it takes to keep her safe.

Jacob is Kit’s brother (from Doctor Daddy Bear) and we’ll run into Kit again for a short bit – I love this series where the previous couples can pop up in the current story as natural as you please in this close knit shifter community.

Avery is a police officer doing some unofficial work while on vacation.  She’s on the trail of two men who she suspects are drug dealers/smugglers with ties in the higher levels of her local police department.  A family friend and fellow police officer is currently suspended for asking the wrong questions at the wrong time,  She’s out to clear Lonnie’s name and bring down the bad guys – no matter who they might end up being.  The trail leads to Bear Creek and she’s mistakenly under the impression that the local Sheriff, Brad will be easy to fast talk about these two men who seems to come this way a lot.  She’s mistaken in that and learns a lesson real fast on what Brad thinks of drug runners in his town.

Jacob is a local ranger, a man who loves and knows the mountains well.  As a guide he’s taken many people through the at times dangerous terrain.  Brad has called him in to talk about Avery’s suspicions and it takes just a moment for Jacob to know what Avery is to him – his mate.  Trouble is she’s got no clue that shifters exist, and her no nonsense attitude proves that it’s going to be a difficult task to get her to see him as he truly is.  But that won’t stop Jacob as he leads Avery on a mission to get the bad guys before they can pick up the drugs.

Ranger Bear is an intense story with danger all around.  Avery is a hard sell, she’s not going to make any of this easy for Jacob – but the end result will be well forth the fight he has on his hands.

I enjoyed their romance very much.  We meet up with a few old friends and add a new member to the community.  It’s a fast paced story with some sexy sizzle and a couple who are made for each other – they just have to get past the early rough patch.  I’d recommend this story and the entire series to any Paranormal Romance or Shifter Romance reader who enjoys a fast paced story, sexy moments and a couple who may not see eye to eye but are willing to fight their way to each other.