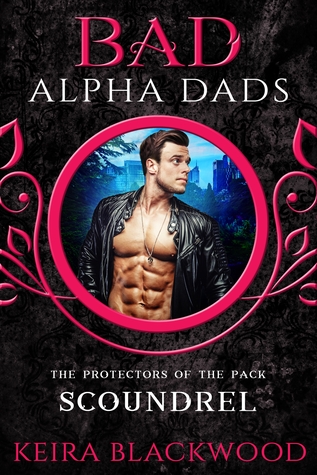 I’ve followed the Protectors of the Pack series (and the connecting to that world series as well) since the beginning, and it’s interesting to see how The Silent Butchers have evolved, changed over time.  I knew what they once were, but I’m seeing the remaining members of this particular chapter in a different light and that to me, as a reader, is fascinating.  To see how an author can take a group I loathed and turn them into individuals with their own reasons and resolves to become something more, something better than they were is an intriguing journey.  If you haven’t yet had the chance to read the entire series I would highly recommend it.

Anyway, that was a looking back moment.  Let’s look ahead to Jett, Paige, and Evie.

There is so much I could say about SCOUNDREL – but I won’t for this is a story that you need to experience for yourself.  I could discuss my feelings about it but again, I’m afraid that I would give away vital parts of the story that shouldn’t be in a review.  So let me put it to you this way — Jett and Paige are mates but there is no instant love between them, oh, hesitant attraction but Paige does indeed hate Jett for the truth she believes she knows about Jett and her friend’s relationship.  The reality is quite different, and Paige is having to shuffle around what is the truth and what were lies in order to begin thinking of letting Jett into her life.  Their lives are so very opposite of each other, in many ways Paige seems almost unaware of the undercurrents of her former home or of life in an MC family.  Jett is dumbfounded to discover he has a daughter, but he’s not letting her go for anyone – not even his mate, Paige.  Somehow he has to find a way to keep his families in his life, and that’s not going to be easy considering what is happening with the Silent Butchers right now.

SCOUNDREL is full of tensions, danger, ironic moments with some laugh out loud results, two people who fate has brought together but have a very rocky road to a happy ending, and one adorable little girl who will seal not only scenes but your heart as well.  I was surprised by a few things, and it will be interesting to see where Ms. Blackwood takes us next.

In all, this is a story that will stay in your head long after the final page.  A definition of what makes up a family gets a bit blended.  I fell in love with Jett, adored Evie, and slowly warmed up to Paige – she’s not always easy, but for Jett, she’s his everything along with his daughter.  Looking for a really good Shifter Romance?  Then you’ll want to pick up SCOUNDREL and maybe the entire series as well.