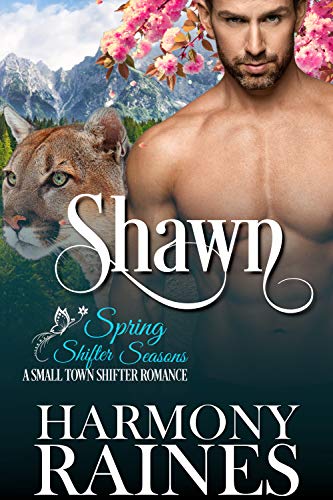 He’s found his mate, at last. Can she stop him from losing his daughter?

Cougar shifter, Shawn, has been a father to Jane since she was a baby. He didn’t know her past, he was only interested in giving her the best future possible—and keeping her safe.

Now her future is in jeopardy as secrets are revealed and unknown enemies unmasked.

But he’s not alone when it comes to keeping Jane safe. His mate is by his side every step of the way. Joanna, gorgeous, strong, and funny, is the perfect woman for him. The perfect mate and, if given the chance, Shawn knows she will be the perfect mother.

She’s also a very capable police detective. Surely, the bad guys don’t stand a chance. But they soon find out there is more than just Jane at risk. As the stakes are raised, will they ever find their happy ever after together?

Joanna is a wolf shifter who had given up all hope of ever finding her mate. Instead, she poured her energy into bringing bad people to justice. Including the man who was responsible for killing her father.  But just as she is starting to move on, Shawn enters her life.

Smart, sexy, and loving father, he is the mate of her dreams. However, she is soon drawn back into the corrupt world that ended in her father’s murder.  Only this time she intends for everyone to come out of it alive.

When two mates join forces, nothing can stop them. Of course, it helps to have a dragon shifter fighting alongside them. Even one as cantankerous as Fiona.

Shawn is the fifth title in the Shifter Season series, a spin-off of the Return to Bear Creek and Seasoned Silverback Shifters series.  If you’ve followed the other series then Shawn is a familiar face along with his adopted daughter, Jane.

Shawn has pretty much settled into a ‘never going to meet my mate’ mindset, but he has his daughter and is quite content if not complete without his mate.  Fate is a funny thing though, just when he thought he’d never find her Joanna appeared at a friend’s outdoor gathering and nothing would be the same again.

I love when Fiona makes an appearance in any of these stories.  She is one feisty, fierce, ancient dragon shifter who takes no crap from anyone… but has a soft spot that is well hidden from most of the world.  It was Fiona who brought Jane to Shawn years ago, who helped with the adoption – and has held some information back from Shawn, but now he needs to know that perhaps Jane is in danger from her biological mother’s past.

It just so happens that the danger to Jane, one woman’s awakening from a long, long coma, and Joanna’s past are merging.  Now it’s time to take down one crafty, no-good man who won’t hesitate at murder to cover his crimes.

I enjoyed Shawn so much.  He’s waited so long for his mate and Joanna is perfect for him.  As always, Fiona adds some spice, some flames, and is totally, completely Fiona.  She never changes and I adore that ancient dragon shifter.  The action is fast-paced, the loving real, and the chuckles frequent.  If you’ve enjoyed anything to do with Bear Bluff or Bear Creek then you’ll want to know Shawn’s complete story.