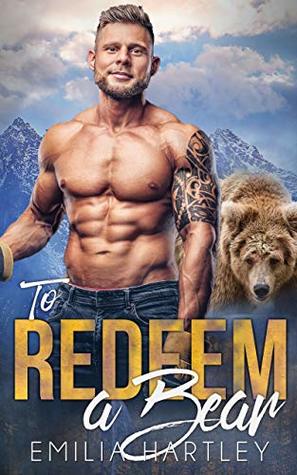 From the very beginning of the Lumberjack Bears series, this has been a set of stories that, for me, range from stunningly emotional to an enjoyable read to continue the overarching story of the series.  “To Redeem A Bear’ brings the series to an exciting, satisfying finale with two turned humans who never asked to become bear shifters discovering that fate has something unique in mind for them.  One an out of control bear, the other a desperate woman determined to do what is necessary for an ungrateful family member.  Neither knew that her decision to end his life would begin a brand new life for them each far richer than they could have ever imagined for themselves.

I’d like to say that Richard got exactly what he deserved in the end… but that’s not true in my mind.  He is a vile excuse for a living being, and there would have been only one ending that would have satisfied me on that front.  There are many things I could say about this story, what happened, what I waited to happen but to do so would spoil your experience of discovering this ending for yourself.  Orion and Anais play off each other perfectly and make an intriguing fated mating that neither expected to find or that Anais actually believed in.  Watching their journey take place was full of tensions, chuckle out loud moments, held breath and satisfied nods.  I suspect this is the final story, yet I see a few loose threads that might lead to more… or to nothing at all.  I guess time will tell on that.  I enjoyed this series very much overall and would recommend it to any reader who enjoys a good shifter romance.