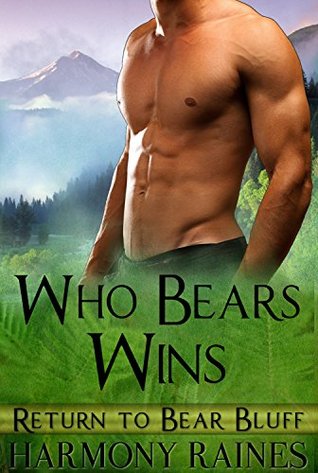 Caleb and Zoe’s story is endearing and brings home the fact that not all families are raised by the parents, often it is the siblings who do the raising of their younger brothers and sisters by default and by choice.  Zoe’s younger brother, Tony, had gotten himself into enough trouble to be recommended for Dylan’s program.  She’d moved them to Bear Bluff in the hopes that finally something would calm him down and bring him to his senses.  It was a risk in many ways, including the small detail that this town was full of bear shifters… and she and her brother shifted into, well,  possible prey for those bears.

It was an enjoyable journey watching Caleb slowly bring Zoe around to believing that she deserved as much happiness with her mate as her brother deserved a second chance at turning his life around.  As the relationship between Tony and Caleb grew, Zoe could begin to trust that maybe it would be safe to let her mate into their lives.  A few minor complications and a few lessons learned proved that family is what you make it.. and it doesn’t always have to include related DNA.

If you’re looking for a lighthearted Shifter romance with a little drama and a lot of hope, then this is a story you’ll want to pick up.  I’d recommend it for any Shifter or Paranormal Romance reader.