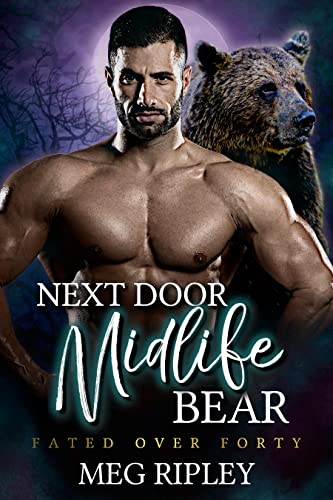 When I said I needed a midlife reboot, growing pumpkins in a town full of bear people wasn’t what I had in mind. Neither was falling for one of them.

I should’ve been more specific when I asked the universe for a change
Because here I am at 44, left with my late aunt’s rundown farmhouse
And a pumpkin patch I know jack about running.
But hey, at least it came with a view.
My hot new neighbor stepped out of the shower in plain sight,
Giving me a very warm welcome to the neighborhood.
Turns out Duke’s not only a hunky cop but the chief of police.
When I run into him at a Halloween party in town,
There’s no disguising the raw desire between us.
And for a woman who’d never seen herself with kids,
His three little ones burrowed their way into my heart.
But not everyone in town is as welcoming as the McMillans.
Hillbillies are trying to intimidate me into selling my land,
And when they realize I won’t budge, all hell breaks loose.
Now I’m uncovering dark secrets that should’ve remained hidden,
And Duke swears he’ll stop at nothing to protect me.
But I’ll soon discover Duke and his kids have a secret of their own.

Next Door Midlife Bear continues the Shifter Nation: Fated Over Forty series with a fun, sexy tale with more than just a touch of danger as Duke and Tricia have sparks flying at their first encounter.  First off though, I adored Duke’s three kids.  I straight-out adored them, they’re funny, realistic, and play a large part in how the grown-ups come together.

When Tricia and her twin return to their recently deceased aunt’s hometown both are in for a surprise.  But right now, Tricia is questioning her sanity in even making the move.  Really?  What does she know about pumpkins?  But her next-door neighbor might just give her some incentive to learn a bit, that’s for sure.  Unfortunately, real danger isn’t far behind her move and it will take Duke and his clan to help get this taken care of.

Next Door Midlife Bear is a well-written, engaging, funny, sexy, and dangerous story that kept me glued to the pages.  I had a blast here.  It’s always fun to watch one main character make a major life decision turnaround… and Tricia did just that.  If you love a good romance, some sizzling chemistry, and a story that will easily draw you in then this one is just right for you.

*I received an e-ARC of this novel from the author or author’s team via Booksprout. The opinions expressed in this review are my own -good, bad, or indifferent.*