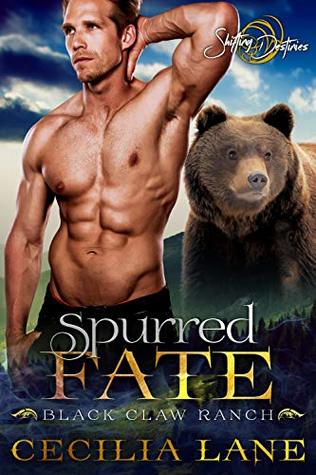 Joss Warren packs her bags to head off to the unforgiving wilds of Montana where she’s got a job as the new chef of Black Claw Ranch. Secretly, she hopes to heal her broken heart and learn more about her people. She’s heard about the good folks of Bearden, Montana. They are kind and generous, so people say. But her first run-in with a growly cowboy has her wondering if that’s just a tall tale.

City-girl Joss has never met a man as rugged as Hunter Shaw.

Tall, tatted, and Montana-tough, Hunter made his name riding bulls on the rodeo circuit. Nowadays, the handsome cowboy wrangles cows and tourists at the Bear Claw Ranch. Hunter is as wild and untamed as the Montana lands.

Joss is sure his sultry gaze promises wicked pleasure. But Hunter hides a dangerous side and Joss can’t risk her fragile heart.

Hunter, a bear shifter, understands horses and hard work. Not women. He’s had his heart broken and stomped on one too many times. But there’s something about the pesky, smart-mouthed red-head that wakens his bear. She’s wary though. The gorgeous, curvy girl is afraid.

And maybe for good reason. If he were a gentleman, he’d give his skittish girl some room. And maybe he is a gentleman, but now’s not the time to find out. When traffickers stalk his pretty little mate, his animal ditches all good manners.

His snarling bear is ready to mate, ready for cubs and family. He vows to hunt down any threat to keep his female safe…

SPURRED FATE is the second story in the Shifting Destinies: Bear Claw Ranch series and brings us Hunter’s and Joss’ romance.  I’ve enjoyed every story I’ve read so far in the Shifting Destinies world, the characters are unique, quirky and the stories detailed and believable (for the genre)… but I fell in love with Joss and Hunter for they face challenges that are most unique.  And it was a joy to watch all of the characters I’ve enjoyed from Shifters of Bear’s Den and Black Claw Ranch make appearances that added to this enjoyable romance.

Joss is starting life over again and hoping that taking the job at Bear Claw Ranch in the Bearden area will be the right choice.  She is newly divorced from a man from a wealthy and influential family… one that wants no part of a shifter messing up the family gene pool.  Joss has kept her badger side so well hidden over the years that she is truly discovering what it is to allow her animal freedom.. the chance to shift and exist as her badger and allow that sassy little lady free rein in their inner conversations as well.  This move is a fresh start, and hopefully a calmer existence.  And it might have been if not for one mistake by the local newspaper.

Hunter is a bear searching for his mate… in all the wrong places and women.  He desperately wants to find his mate, settle down with cubs and live the life he’s always imagined finding his mate would entail.  Yet his search has become almost desperate, and he’s built up a bit of a reputation along the way… and one jealous, obsessed woman who believes if she just says it’s so then Hunter is hers forever.  Not gonna happen, but convincing this hellcat of that fact isn’t going to be easy, at all.  When Hunter awakens to an engagement announcement in the local paper he storms in to get a retraction… and runs straight into his fated mate who’s there for the exact same reason.

I had such fun with Hunter and Joss in SPURRED FATE, and if you love Shifter Romance and truly fit each other perfectly mates, then you will have a blast with this one.  There is intrigue, danger, a boatload of familiar faces to catch up with again and a badger shifter who is about to come into her own as she faces down her past and reaches out for her future.  I would recommend this story and any or all of the Shifter Destinies world stories, it’s an amazing place full of characters you’ll want to visit with often.