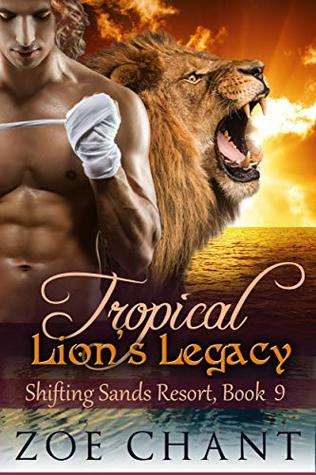 It’s hard to believe, or accept that we are at the wrapping up point in the Shifting Sands Resort series with only one more major story to be told.  I have loved all of the stories of this diverse group of shifters who have found a home, friends and their mates on this tropical isle.  And, truth be told, I don’t really want to see it end.

Graham has been a background character for most of this series.  The silent, grumbly, always annoyed gardener who speaks mostly when his vegetables or flowers have been disturbed or destroyed by other members of the staff.  I always felt that there had to be quite a story behind this silent man with the tortured eyes – I don’t think I was quite ready for Graham’s reality.  His story is full of pain, betrayal, self-loathing and loneliness.  That his view of himself is not seen in the eyes of everyone else is a puzzle to him.  Yet meeting his mate throws his life into turmoil, for now, decisions have to be made and the truth, the absolute truth finally told.

It took me a while to warm up to Alice.  After all, she was there not only for her friend’s wedding but to discover Scarlet’s secret for her own gain.  Oh, I understood why, it was her initial reaction to Graham and their connection that held me back – but eventually her actions won me over.

Since TROPICAL LION’S LEGACY is the next to last story there are a lot of details of formerly withheld information in this story, so much so that I hesitate to talk about it for fear of giving away spoilers.  I think I’m simply going to say that I loved Graham and Alice’s story, enjoyed seeing old friends and catching up on their lives, and although I don’t want to reach the actual “the end” of this series I am looking forward to the rest of the answers being revealed in TROPICAL DRAGON’S DESTINY.  You’ll find a touching, sexy romance, meet up with old friends, and add some suspense to the final story to come.  I had a blast, and if you love a good Shifter Romance then I’d happily recommend this story and the entire series for you’ll soon be addicted and need to know more after each book.