Posted May 4, 2019 by Marsha in Shifter Connected, Shifter Series / 0 Comments 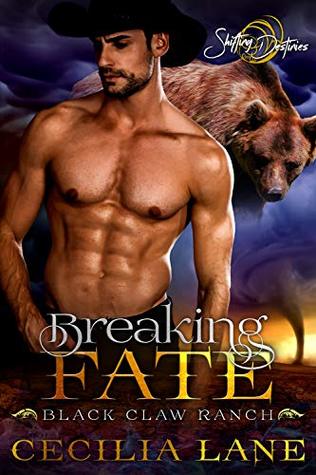 Sloan is a human working among shifters at the SEA office in Bearden.  She’s been transferred because she did the right thing yet it feels like she’s being punished for putting a rotten cop behind bars.  That the rotten cop was her former partner, that she reported him for taking his interrogations of suspects to a brutality level that she could not look past was something she’d have to live with.  He still has power over her since she is still being harassed by those working for him – just to let her know that he’ll never forget and she’ll never be safe.  Now she has to put up with the newbie agent on the team shenanigans from her shifter co-workers.  She hopes they are just testing her out as the newest member of the team not because of what she did – but she’s unsure of her place here every single moment of her working day.

Lorne has been a loner since arriving at the Black Claw Ranch.  Oh, he’s good at his job, excellent in keeping the other shifters somewhat in line by distracting them from each other around the human visitors and clients of the ranch.  Yet Lorne doesn’t let anyone into his tightly closed life.  Arm’s length is the perfect distance to keep his clan members even when he might like to give in and join them in their fun times.  But his past won’t allow him that privilege.  Lorne is on the run and should or when his past finally catches up with him he wants no one else to be harmed by events he cannot control.  And that definitely includes denying that the tiny, feisty human is his mate.  Sloan might be all that he wants and needs, but he will not act on his bear’s insistence that they’ve found their mate — he will not have another person come to harm because of him.  That might have worked if both of their pasts hadn’t shown up in Bearden ready to take them both down.  Now they fight together, fight for each other or lose everything.

Lorne and Sloan work well as a couple — one very, very stubborn couple.  Their story is engaging, with secrets to finally come out in the open and the facing down of the enemies that are after them.  We’ll reconnect with the couples from the other stories as well and get to know them a bit better.  BREAKING FATE is an excellent addition to this series.  Danger, mistrust, sizzling chemistry and two people doing the right thing for maybe the wrong reasons will finally have to face their feelings for each other.  If you love Shifter Romance then this story and this series should be on your reading list.