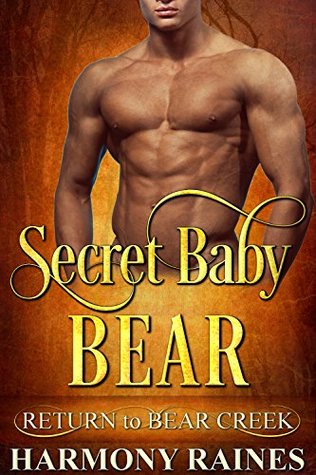 Kim hasn’t seen Jayden, the father of her child, for over a year. He didn’t even know Kim was carrying his child when he went undercover to prove his father was not a murderer. Guilt over that fateful decision haunts Kim but she knew if she told Jay about their child he wouldn’t have left and the taint on his father’s name would have marred their lives forever.

But with the crime solved, and the bad guys brought down, why hasn’t he returned to her? After all, she is his mate, the woman he’s supposed to spend the rest of his life with.

Kim refuses to believe Jay is dead. Their child, made by the love they shared, needs a father.

We’ve felt Kim’s despair at not knowing if her mate, the father of their son is alive or dead.  Jay went deep undercover to find the people who killed his parents and much more.  She knew he was in danger but if he could get back to them she believed he would.  Now in Secret Baby Bear we get some answers yet maybe there are even more questions to be asked.

Jay had to get over the mountain and back to his mate, Kim.  Yet the bullet in his shoulder was making that task even harder.  He believed he’d accomplished what he set out to do, what his mission called for, but there was a price to pay.  He doesn’t know if Kim is safe and he has no time to be injured – but tell that to the kind soul who dug the bullet out of him.  Kim is closer than Jay thinks, and their reunion is going to be something very special.  Yet there are still things that set off Jay’s paranoid thoughts, one of the after affects of being so deep into his undercover character.  One of those things, he’s learned is to never trust dragons – and his mate and his son are living right in a nest of dragons!  Dragons he’s supposed to trust with the most precious people in his life.

I easily got caught up in Secret Baby Bear.  Every dragon we’ve met so far has believed that they are alone, the last of their kind yet they’ve been kind and upstanding people.  But there are dragons who are downright evil in the world, and our dragons and their mates are going to have to face a very big challenge.  Bring down a dragon – and come home alive.  Jay and Kim, and their son Archie, make a delightful family, and a sexy couple.  We’ll run into several old friends, learn a bit more about some things happening in Bear Creek and perhaps get an idea of who the next story will feature.  I love this series, and I’m always impatient for the next one to release.  If you love Shifter Romance then I would not hesitate to recommend this story and these series to any Paranormal Romance or Shifter Romance reader.