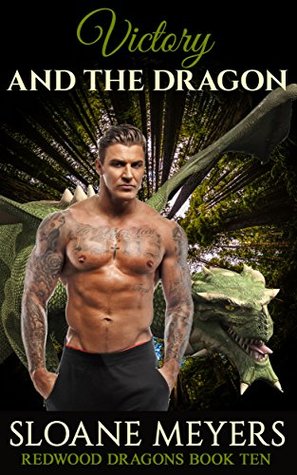 Dragon shifter Noah Pars has spent the last several years spearheading the shifter-wizard alliance that is fighting against the evil dragon, Saul. Now, Saul has grown stronger than any of the alliance members could have imagined, and immediate action must be taken to stop him—or else! Noah devises a plan of action, and is all set to work that plan alone, when he’s forced by the commanders to work with one of the wizard soldiers. And not just any soldier—a soldier named Izzy Torres who, despite her undeniable beauty, is annoyingly timid. Noah doesn’t have time to indulge petty fears, and he makes sure Izzy knows that he won’t be slowing down for her sake. But when Noah’s life is in danger and Izzy turns out to be braver than she seemed, Noah wonders if he’s underestimated how vital this pretty little wizard will be to victory—and how strong the fire he feels for her is burning in his guarded dragon heart.

Wizard Isabelle Torres, better known as Izzy, never wanted to be a soldier. Her life calling is medicine, and she much prefers saving lives as a doctor to fighting gory battles. But the raging war against evil left her little choice but to join in on the fight, and she’s done her best to pull her weight on one dangerous mission after another. When a final battle looms, however, and she’s confronted with the possibility of once again coming face-to-face with her worst nightmare, Saul, she can’t quite keep up her brave front. She jumps at the chance to accompany Noah, a handsome but proud dragon shifter, on a mission that should keep her far away from the front lines, and far way from Saul. She quickly learns there’s more to Noah than meets the eye, and finds herself falling for him. But before their budding romance can fully bloom, Izzy and Noah are thrown into the final sweeping battle against their worst enemy. Izzy must conquer her greatest fear and face Saul if Noah is to live—and if good is to prevail. Luckily for her, Noah has inspired her to find courage deep within. But will it be enough?

Can the dragons and wizards finally push back the forces of darkness? And will Izzy and Noah save each other’s hearts and lives before it’s too late? Read this action-packed dragon shifter romance to find out!

Victory and The Dragon brings the Redwood Dragons series to a close.  Although I’m not convinced that we’ve seen the absolute last of some of these characters at least as secondary characters because Ms Meyers’ next wizards and shifters series is set to start in September 2017.   And we may have gotten a wee hint near the closing of Izzy and Noah’s story.  So I always hold out hope that we may meet again.  Nonetheless, this has been an amazing series pairing wizards and shifters together in loving bonds that will now be impossible to break.

As the cover blurb description is so rich in details I’m not sure what more I can tell you about this story except for my reaction to it.  Izzy has more courage than she can possibly imagine.  And Noah has more arrogance in his tiniest claw than all ten Redwood dragons rolled together.  Since dragons can smell fear Noah has made the decision that Izzy is a coward looking for the easier assignment instead of facing Saul directly.  He could not have been more wrong if he tried.  Izzy has an up close and personal experience of Saul’s cruelty and madness, that she survived her time in the enemy’s camp is a true testament to her cunning and bravery – even if she doesn’t see it that way.  Noah will learn that first impressions aren’t always true ones, and that this small wizard is his match in so many ways.

The romance is on the lighter side (in time spent with the couple) in Victory and The Dragon for this is the final battle against a truly evil madman.  The battles are epic and heart-stopping.  Just when it appears all is lost one small, determined brave soul will turn the tide of the battle and the future.  I happen to love when the underdog of a story comes out as the hero.

We get a glimpse of all the dragons and their mates a few years into the future in the epilogue and what a future they have in store.  I completely loved this story and all the series that connect to bring us to this point of victory.  While each story or series can be read on its own, the overlapping of characters, events and threads woven throughout all these series will bring you a better understanding and a better entertainment value if you’ve read the entire adventure.  I would highly recommend Victory and The Dragon to any Paranormal Romance or Shifter Romance reader.  Now the short wait for the next adventure to begin.