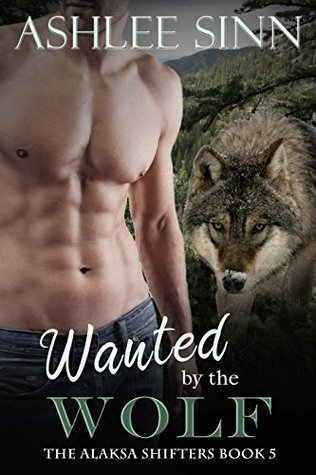 Seth Blackwell can’t keep his wolf under control. Struggling to obey his alpha, he is torn between his commitment to being Scarlett’s second-in-command and wanting a pack of his own. He is angry, agitated, and wants nothing more than to be left alone to deal with his demons. So, when a shy but determined fox shifter bursts into his life, Seth reluctantly finds it difficult to turn her away.

Eden Crabtree is on a mission. Even though her delinquent twin brother stopped talking to her a year ago, she knows something is wrong. She’s traced his phone to the wilderness in Washington, but that’s where the lead stopped cold. So now she’s forced to swallow down her fear and ask the Alaska shifters for help. But Eden’s fox has been sheltered, and walking into the middle of a wolf pack is exactly what she wants to avoid.

Both Seth and Eden are searching for something—something that will make them whole again. The hunt for Eden’s brother leads Seth and Eden into unfamiliar territory both physically and emotionally. Realizing they each need to make some big decisions, they find strength in each other, even when it means they might not get to live the lives they’ve always planned.

Seth is the Second in Scarlett’s pack, he’s always been opinionated, a bit wild and his wolf is constantly on edge.  He makes a perfect Enforcer, yet he and his wolf are strong enough for their own pack but he’d never challenge Scarlett for Alpha – they both know that.  So he remains an angry man and unsettled wolf each ready to explode.

Eden is down to scrounging for coins in any compartment she can find in her old car.  She’s tired, scared, angry and dang it, hungry.  Her journey to find her missing twin brother has lead her here to this small town in Alaska hoping that the famous shifters here will help her find Ethan.  She knows he’s lost his way, that drugs and maybe even more could have taken him further from her than she can reach, but he’s her brother she has to try.  The last thing she expected to find in this small diner was the kindness of strangers, specifically one world-wise waitress who made a filling meal appear when Eden could only afford soup.  She also didn’t expect to see one of the shifters she’d been searching for walk up to the counter.  Seth, the wolf shifter, a powerful man in so many ways.  She’d have to work up her courage to speak to him – but first food, it would do no good to faint at his feet.

Wanted By The Wolf finally gives us Seth’s story.  A man who is so full of energy, and hiding his Alpha powers in order to remain with the pack he’s chosen to follow.  It didn’t take him long to realize that Eden was someone who’d be important to him, it might have taken a little bit longer to acknowledge that yeah, this little, feisty fox shifter was indeed his mate.  His wolf grew calm around Eden, he settled and he’d never thought that could be possible for him.  Eden’s quest to find her brother will place them both in dangerous situations, yet Eden holds her own far better than Seth could have dreamed.  She’d make a perfect Alpha’s mate… an Alpha without a pack of his own that is.

I have enjoyed every single story in these connecting stories, yet I have to admit that I’ve been waiting to know Seth better.  Wanted By The Wolf was the perfect situation for this slightly out of control, barely holding it together wolf.  One of the most precious scenes was Eden playing with the baby coyotes, that was adorable and fun.

There are glimpses in Seth and Eden’s story of what is soon to come to those of us who have loved this series and do not want to leave Alaska at all.  I saw at least two possibilities for the future, and a new series listing at the end of the book.  So that made this shifter lover’s heart beat a bit fast for sure.  I’m the first to admit that I absolutely love a long, connected set of series – it keeps old friends kind of close and introduces me to lots of new people to enjoy.  So, we’ll see where we head after the next story in this series is released.  I cannot wait.

Wanted By The Wolf is a wonderful, sexy, edgy Shifter Romance with a couple that I really liked.  This is a story that any Shifter Romance reader would enjoy along with the entire series.  I would definitely recommend this one.