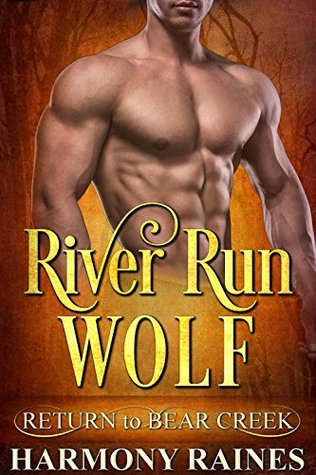 After startling revelations about her family history, Sage travels to the River Run Mountains to help restore an ancient water source to the River Wolf Lands. It’s the least she can do, since her ancestors were indirectly responsible for the devastation caused to the River Wolf Clan by a malicious dragon centuries ago.

What she doesn’t expect is to find is her mate.

Wolf shifter, Patrick, is happy that past mistakes are being put where they belong. In…well…the past. However, when Sage, a descendant of the Stone Claw Clan, arrives in River Wolf Lands past and present collide.

Secrets long buried are unearthed and the descendants of the two clans, with the help of dragon shifter, Emilia, will do whatever it takes to find the truth.

Can past mistakes really be forgiven, and old wounds healed?

We finally get some answers about why the dragons were put under the Ancient Sleep spell.  And some closure for them as well.  With the water flowing for the River Wolf clan once again, Sage will meet her mate.  In many ways the children of their ancestors will bring them all full circle in healing and understanding.

I enjoyed River Run Wolf, for the most part, the story part.  It is jarring to be yanked out of the story when a dragon’s mate is given her brother’s name at an important part of the story.  That’s a proofreading, editing mistake that should have been caught.  With the mystery of the dragons solved, and Sage’s family’s part also understood it will be interesting to see where this series will go from here.