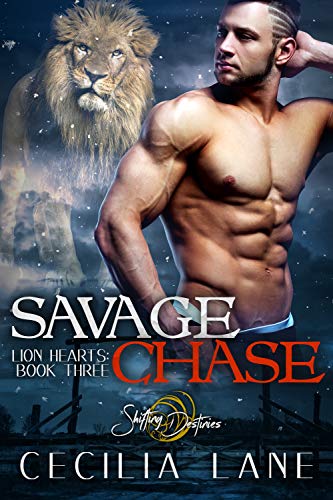 He’s determined to tear down the walls around his mate’s heart before an enemy rips out his soul.

Dash
Ruthless fighter, aimless drifter. Falling in love means getting ripped in pieces when everything goes to hell.

Lion shifter Dash can’t fight the mating fever forever—or deny his insatiable need for the only woman who soothes his inner roar and makes him purr like a kitten.  But another male’s sniffing around his woman. It’s time for Dash to prove he’s the deadliest hunter in the pride.

No rival will take what is his.  He’ll prove to Colette that he’s here to claim, here to stay.

Colette
Men are trouble. Mates are worse. Colette avoids anything more serious than a one-night stand like the plague.  But for once in her life she needs help.  A vow never to out a shifter to humans is going to cost her everything. Especially when the person she’s protecting is giving off stalker vibes.

The only person in her corner is also the only man who tempts her to break her own rules. The man who wants more than her body.  She’ll have to trust that a mate bond won’t chew her up and spit her out. Dash is the last defense against not just her enemies, but a lifetime of emptiness.

Savage Chase is the third title in the Shifting Destinies: Lion Hearts series and does it ever grab the emotions, all of them, and wring the reader dry by the ending… the totally satisfying ending.

Dash and Colette are two of the most stubborn Shifters I think I’ve ever run into – and I’ve read a ton of Shifter Romance so that’s probably saying something huge.  While Colette is protecting herself from what she sees as the mess a mate bond can bring into life, she’s also trying to protect those around her – especially the wild and crazy, completely sexy and her unacknowledged mate, Dash.  Yet the trouble that follows Colette isn’t going to stop Dash from wanting to be with Colette far more than their agreed arrangement calls for since he knows she’s his mate even if he is afraid of that connection in his own way.  Both want the other, both will do anything to protect the other from outside danger… and themselves.  So, yeah, talk about stubborn.

Watching them both come around to a different way of thinking, as well as them changing their attitudes and actions for the one that is more important to them than themselves was an emotional, action-filled adventure.  There is some bad, bad danger following Colette – and there are also some major twists and turns in Dash’s life right now, too.  Savage Chase really brings these characters, and their dilemma alive on the page and will draw you into them as well.

We get the craziness of this pride of lions, as usual, the new ladies of the pride shine loud and clear – and we move the underlying events along a bit further.  In all, I had a blast with Savage Chase and cannot wait to dive into Savage Craving.